The series revolves around a small taxi central, CrownTaxi, in Copenhagen. CrownTaxi has its ups and downs and in the course of the series, following the various drivers, radio operator Lizzie and boss Verner Boye-Larsen. They all have their problems both with clients and family life and constantly threaten the show’s villain Hermann from the competing taxi firm, City Car, who wants to take over CrownTaxi.

TAXI is a TV series from DR1 in 56 parts, written by Stig Thorsboe. The series is about a smaller taxi company, Crown-Taxi in Copenhagen.

The series was one of DR’s greatest successes ever since the first episode aired on September 14, 1997 on DR1. The series aired in the period 1997-1999 over a total of 5 seasons.

The center has its ups and downs, and during the series we follow the different drivers. They all have their problems with both customers and family life, and the series “villain” Hermann from the competing central, the City Car, who wants to take over Crown-Taxi (Crown-Taxi). 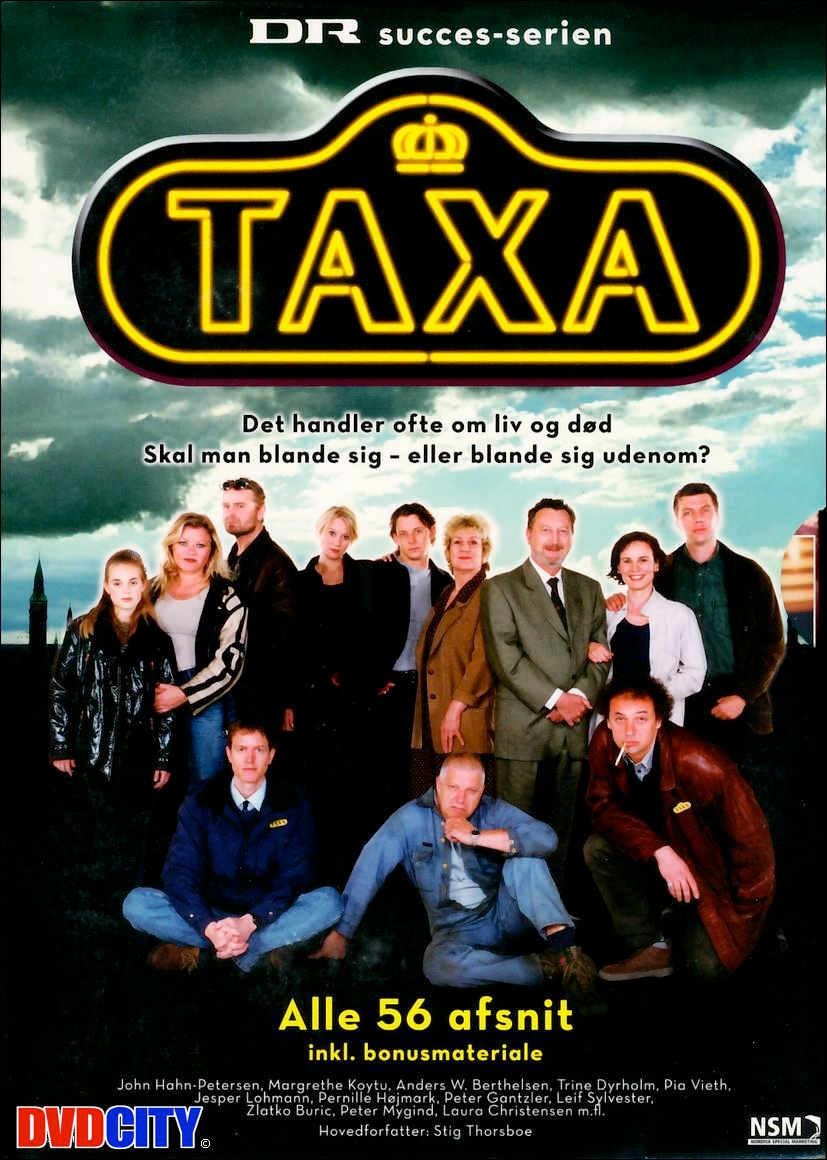